Ronda is one of Andalucia’s loveliest towns, steeped in history. It stands on a towering plateau in the mountains of Malaga Province, and is famous through Spain for the plunging river gorge which divides the medieval from the 18th century parts of the town. This gorge is known as “El Tajo” – The Cliff and is spanned by a stone bridge, which once housed a prison. Visitors love to peer down into the gorge, to see the waters of the River Guadalevin. 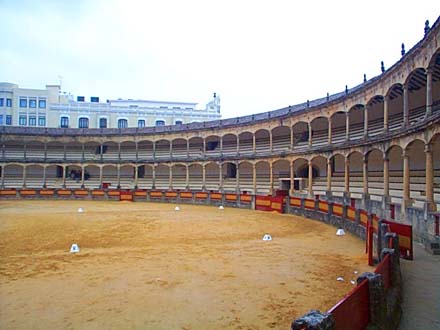 Ronda is also famous for its bullring, the oldest, and the most beautiful one in Spain; the arena itself is also the country’s largest. When there are no fights, the bullring is open to visitors, and has a fascinating museum with many mementos of Spain’s most renowned bullfighters.