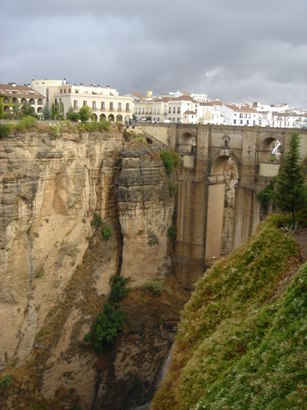 In the southeast of the Cordoba province, close to borders of Jaen, Granada and Malaga, is the ruggedly beautiful Sierras Subbeticas National Park, with some of the provinces most attractive and unspoilt villages on its fringes.

The Sierras Subbeticas is a stunningly beautiful, rugged park located in the heart of Andalucia between the three great cities of Cordoba, Granada and Seville. The park was designated a natural park in 1988. It is home to one of southern Spain’s largest breeding colonies of griffon vultures, as well as around 70 other bird species, like booted, Bonelli’s and short-toed eagles. It also has a rich variety of wildflowers.

The park comprises 32,056ha of largely limestone plateau, from 500m to the 1,568m peak of La Tinosa, the highest in Cordoba province. It is part of the rugged spur of the Cordillera Betica and has some exceptional geological formations, such as its distinctive and volcanic-like small, funnel-shaped depressions, known as dolinas, which can be seen at Los Hoyones. Poljes – large, closed-in depressions – can also be seen here at the Nava de la Polje. Los Lanchares are a series of jagged, rocky peaks

The seventeen Rute with its ruined Moorish castle and a fascinating Baroque church. Rute’s fame is based on anis production. You can taste this at any of several bodegas in the village. Iznajar is a charming whitewashed village on the banks of a vast reservoir of the same name.